Fredericks & Freiser is proud to announce an exhibition by John Wesley of paintings dated from 1962 to 1969. The exhibition will include fourteen paintings on canvas and two painted sculptures. The majority of the works have not been exhibited in the United States since the 1960ís. This will be the artistís sixth solo exhibition with the gallery and his first historical exhibition to focus exclusively on works from the 1960ís.

This exhibition coincides with a retrospective of 150 paintings on paper from 1961 to the present at the Museum Haus Lange, Krefeld Germany (traveling to the Kunsthalle Nurnberg with Catalogue). Recently John Wesley was awarded the commission to design the graphic identity for the Armory Show 2006. His most recent paintings will be featured in this year's Armory Show catalogue. Fredericks & Freiser hours are Tuesday through Saturday; 10am to 6pm.

About the Artist
John Wesley (born 1928) has created an unrelenting and remarkably singular body of work whose subject is no less than the American psyche. While many artists of his generation have used the popular image to explore the cultural landscape, Wesley has employed a comic strip-style and a compositional rigor to make deeply personal, often hermetic paintings that strike at the core of our most primal fears, joys, and desires.

John Wesley has exhibited worldwide and had numerous solo museum exhibitions including PS1/MoMA, Fogg Art Museum, Stedlijk Museum, Portikus, and DAAD. A large collection of his work is permanently installed at Donald Judd's Chinati Foundation, Marfa Texas. His work is represented in major collections, including the Stedelijk Museum, Amsterdam; the Museum Ludwig, Cologne; The Fogg Museum, Cambridge, MA; the Hirshhorn Museum and Sculpture Garden, Washington D.C.; and The Museum of Modern Art and Whitney Museum of American Art, New York. He has received a Guggenheim Fellowship and a National Endowment for the Arts Grant.

Wesley has been the subject of numerous articles and has been featured on the cover of Artforum and Art in America. He was a featured artist in Parkett #62. He has had recent gallery shows at Gagosian Gallery, London, Tomio Koyama, Tokyo, Daniel Weinberg Gallery, Los Angeles. He was the 2005 recipient of the Skowhegan Medal for Artistic Achievement in Painting. 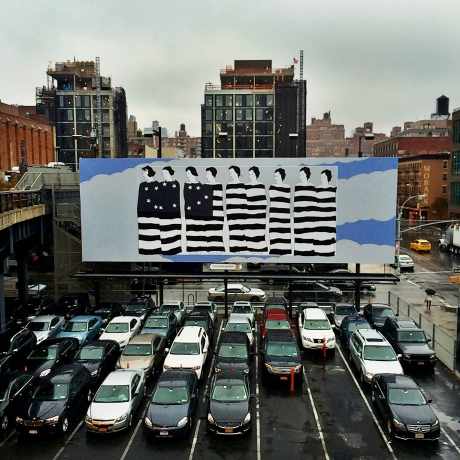