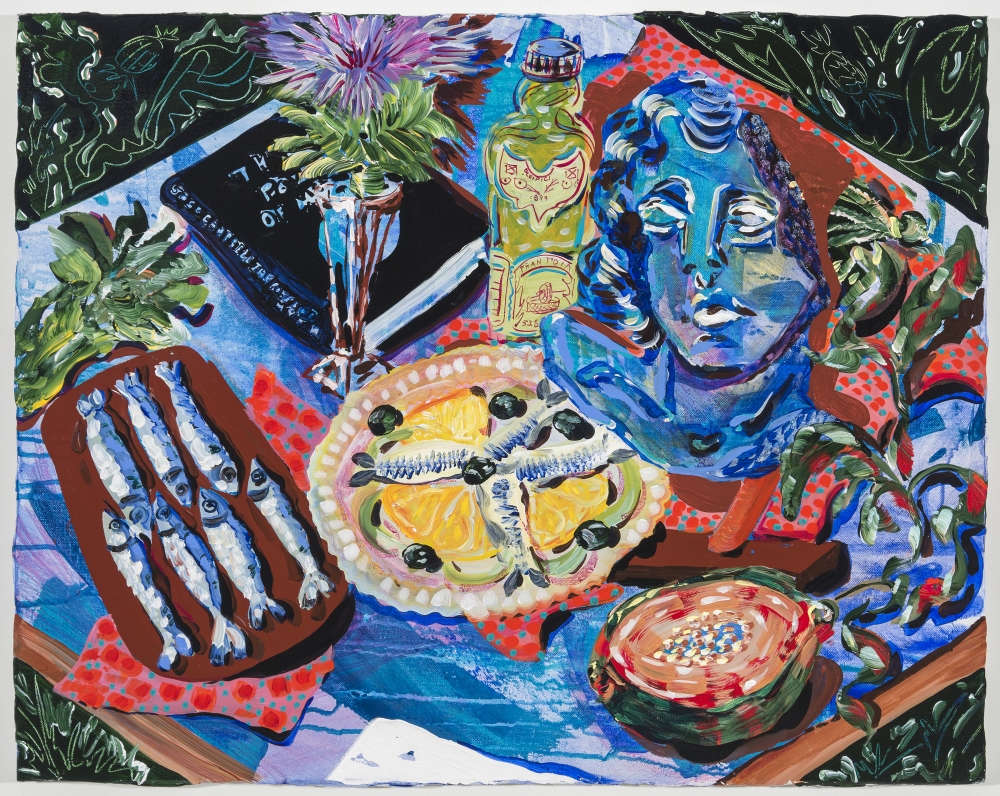 “I understood stories and things through image,” painter Kate Pincus-Whitney recently told Brooke Jaffe about her artistic practice for “ARTnews Live,” our ongoing IGTV series featuring interviews with a range of creatives.

Pincus-Whitney, who is both dyslexic and stereo-blind, sites working in the kitchen and on the floor under her mother’s studio table as a kid as the “foundation for understanding the world” around her. But, at age 16, it was the grief of her grandmother’s death that brought her to creating art.

Referring to her canvases as a type of narrative portraiture, Pincus-Whitney’s vivid tablescapes explore a “cosmology of object identity and the way in which we relate to the material world.” She sees the objects she paints as representing an individual, like her grandmother, or a particular sentiment related to a personal experience.

The artist underscores how her own identity is imbedded in her experiences with food, mythology, books, and travel by noting the “theater of the dinner table” using objects as a way “to tell these personal stories, but also transcend the personal to the collective unconscious.” Pincus-Whitney details the way in which nourishment is tied to a larger psychology and range of emotions present within all of us.

These visually packed scenes begin with a layering of words and phrases that are then painted into objects across the canvas. Achieving this alchemy also involves an intense use of colors, which draw inspiration from her mother and grandmother’s vintage 1950s cookbooks, as well as French painter Pierre Bonnard and larger art movements such as Fauvism.

Pincus-Whitney’s solo exhibition “Feast in the Neon Jungle,” on view at Fredericks & Freiser in New York through March 12, is among Art in America’s must-see shows to see this season in New York’s Chelsea neighborhood.