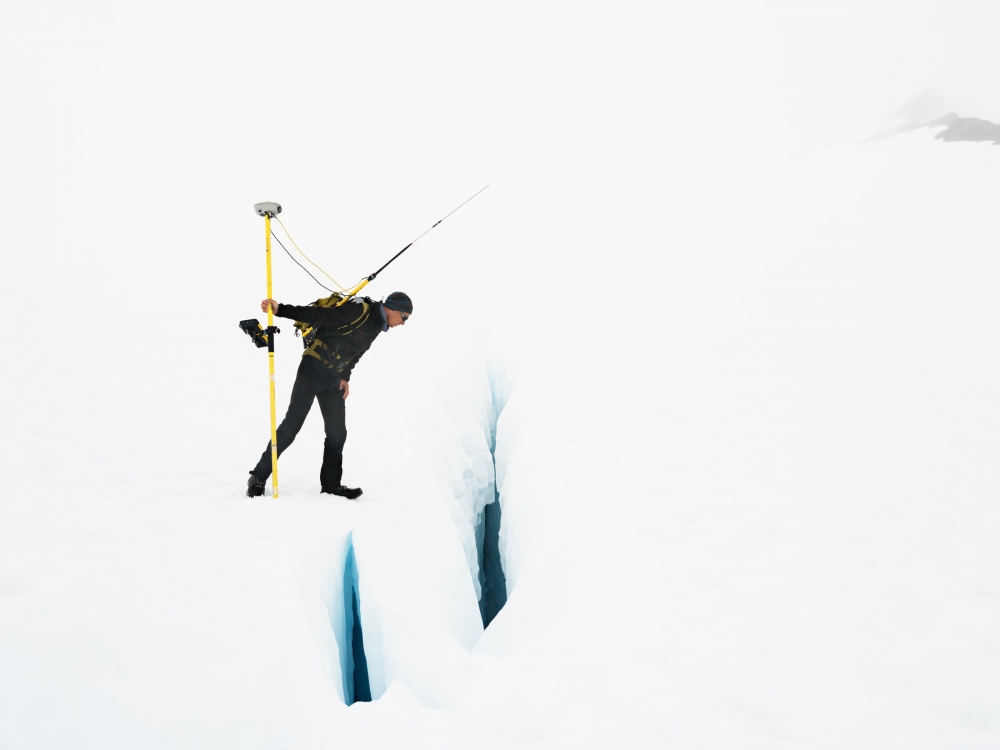 While the consequences of climate change — fierce storms, fragmenting glaciers, blazing fires — can be dramatic, the scientific research supporting its existence is anything but. It’s precise, rigorous and routine work, and though it takes place every day all over the world, it largely goes unnoticed.

Over the past decade, Lucas Foglia’s photographic exploration of the relationship between people and nature has given him a glimpse of the effects of a changing climate from Texas to Sweden. But his interest in climate science started in 2012, after Hurricane Sandy wreaked havoc on his family’s farm on Long Island, N.Y. For Mr. Foglia, the urge to better understand the forces that contributed to that destruction meant seeking out the unsung individuals who track those forces every day.

“Given how much climate change is in the news,” he said, “surprisingly little attention is paid to the scientists measuring the air.”

They finally get their moment in the spotlight in his book, “Human Nature,” which was published by Nazraeli Press. Over the last two years, Mr. Foglia photographed National Oceanic and Atmospheric Administration (NOAA) climate scientists in Colorado and Hawaii. He also spent time in Alaska with the Juneau Icefield Research Program, whose scientists maintain the longest-running study of any glacier in the Western Hemisphere. Scientists from other research groups also appear in his photos.

“It involves people taking measurements with instruments in the same place regularly over a long period of time to build a record,” Mr. Stein said.

Mr. Foglia’s photos don’t shy away from that mundane routine. Many of his images depict regular-looking people operating regular-looking machines. Sometimes, in fact, it’s the same machine over and over. The man shown measuring the air on Colorado’s Niwot Ridge, for instance, is using the same portable sampling unit that another man is pictured using at Cape Kumukahi in Hawaii. And they’re just two of the dozens of scientists around the world who use that machine to get similar samples, which are then analyzed for greenhouse gases.

“One person’s experience in one place doesn’t make a global fact,” Mr. Foglia said. “It’s the coordinated global effort that creates our understanding.”

Among the everyday, Mr. Foglia captured some unusual sights. He noticed an otherworldly crown of thorns plant blooming in a nondescript NOAA office. He caught a scientist appearing to levitate as she descended by rope on a melting glacier. And he found the playfulness in the launch of a balloon-borne scientific instrument from a Colorado field.

“I had imagined that climate science would look incredibly advanced, the way science is often pictured on TV,” he said. “When I got there, I realized it was advanced, but the appearance of it was two men with a balloon.”

Mr. Foglia’s photos constitute a straightforward documentary record. But they also serve as a call to action. By drawing attention to climate science in the United States in particular, he said, he hopes viewers notice that “the science here is most at risk.” In March, the Trump administration proposed cutting NOAA’s budget 17 percent, including a 26 percent cut to research.

Fighting climate change, Mr. Foglia said, is a daunting task that can seem impossibly broad in its scope. But having programs and people to rally behind, he said, can lend that effort focus and optimism.

“I think these scientists are examples of people engaged in programs that deserve support,” Mr. Foglia said.

Lucas Foglia’s work is on exhibit at Fredericks & Freiser Gallery in New York City through January 13.