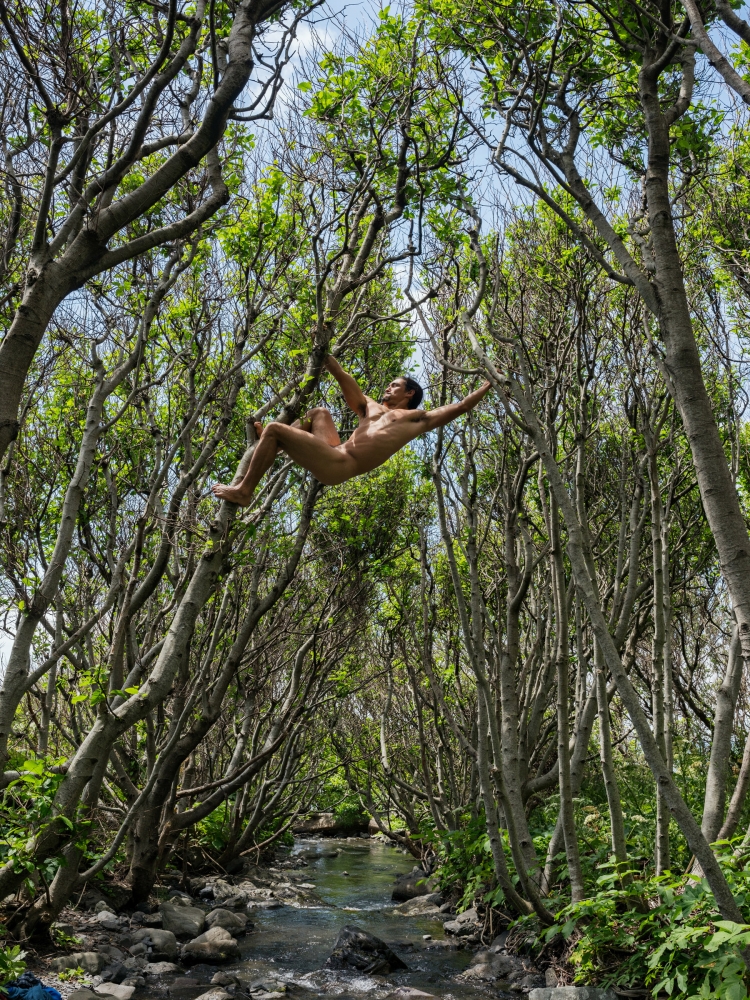 “There is no place on Earth unaltered by people”: Lucas Foglia’s lyrical survey of our place in the natural world

Shot over 12 years, Human Nature is a series of poetic, often breathtaking photographic stories about humanity’s dependence on nature in the context of the climate crisis

In 2012, 30 miles east of New York City, the largest Atlantic hurricane on record — Hurricane Sandy — descended on Lucas Foglia’s family farm, flooding its sprawling fields and ripping the oldest trees in the woods from their roots. In its wake, scientists on the news linked the catastrophic storm to climate change caused by human activity. “I realised that if humans are changing the weather,” recalls the San Francisco-based artist, “then there is no place on Earth unaltered by people.”

Having grown up on the farm in the decades prior, Foglia’s formative years were shielded from the heights of human development. His family grew their own food and bartered the plants they grew for everything from shoes to dental work; in contrast to the strip malls and suburbs unfurling just beyond Foglia’s eyeline, the familiar woods became his own “childhood wilderness” — a “place to play that was ignored by our neighbours who commuted to Manhattan.” Years later, it would be this kind of connection with, and innate need for, “wild” places — even if those places are human constructions — that would underpin Foglia’s most recognised project, Human Nature.

“Today, nature both heals us and threatens us. As we spend more time than ever indoors looking at screens, neuroscientists demonstrate that time outside is vital to human health and happiness. Yet we’re vulnerable to the storms, droughts, heat waves, and freezes that result from climate change.”

“Today, nature both heals us and threatens us,” says Foglia. “As we spend more time than ever indoors looking at screens, neuroscientists demonstrate that time outside is vital to human health and happiness. Yet we’re vulnerable to the storms, droughts, heat waves, and freezes that result from climate change.” Culminating in an acclaimed photobook alongside a travelling exhibition in 2017, Human Nature is a series of lyrical, often breathtaking photographic stories about humanity’s dependence on nature in the context of the climate crisis.

Over the course of 12 years, Foglia traveled the world befriending and photographing people working tirelessly towards a positive future for our planet, in spite of the magnitude of the mission: from a newly built rainforest in urban Singapore to a Hawaiian research station measuring the cleanest air on Earth; neuroscientists researching the beneficial effects of spending time outside to expeditions in glaciology, geology and climatology. Each story is set in a different ecosystem — city, forest, farm, desert, ice field, ocean, and lava flow — not merely documenting, but quietly meditating on humanity’s complex relationship with each of these microcosms.

In one image, a woman swims in the pool of a luxury hotel in Singapore, surrounded by balcony gardens as rush hour traffic forms on the street below her; in another, a man crouches by the barbed wire fence of Rikers Island Jail Complex in New York, gently clutching a small bird. “The hotel and the prison garden are dramatically different places, but they demonstrate a shared truth,” says Foglia. “Nature can be curative.”

Where so much popular climate discourse posits humanity as a stain on the purity of the natural world — a world we are becoming ever-increasingly detached from — Human Nature is intricately assembled to achieve something entirely different. “Photographers normally portray nature as either pure or spoiled,” Foglia muses. “A pristine wilderness or a disaster. I think the truth is in between. People are a part of the ecosystem. We are not separate from nature. And as the dominant species, it is our responsibility to care for the world.”

Accordingly, the artist’s vision in the face of a declining planet is one of connection, communication and agency. “Today, in the midst of the Coronavirus pandemic,” he says, “people around the world are making individual sacrifices for the good of their communities. In doing so, they demonstrate that we have the capacity to take collective action for the environment.”

“The reforms that are required to curb climate change would be far less disruptive than the current shelter-in-place mandates. For both public health and the environment, people are striving for a better future despite the enormity of the task. That gives me hope.”

Human Nature by Lucas Foglia is published by Nazraeli Press