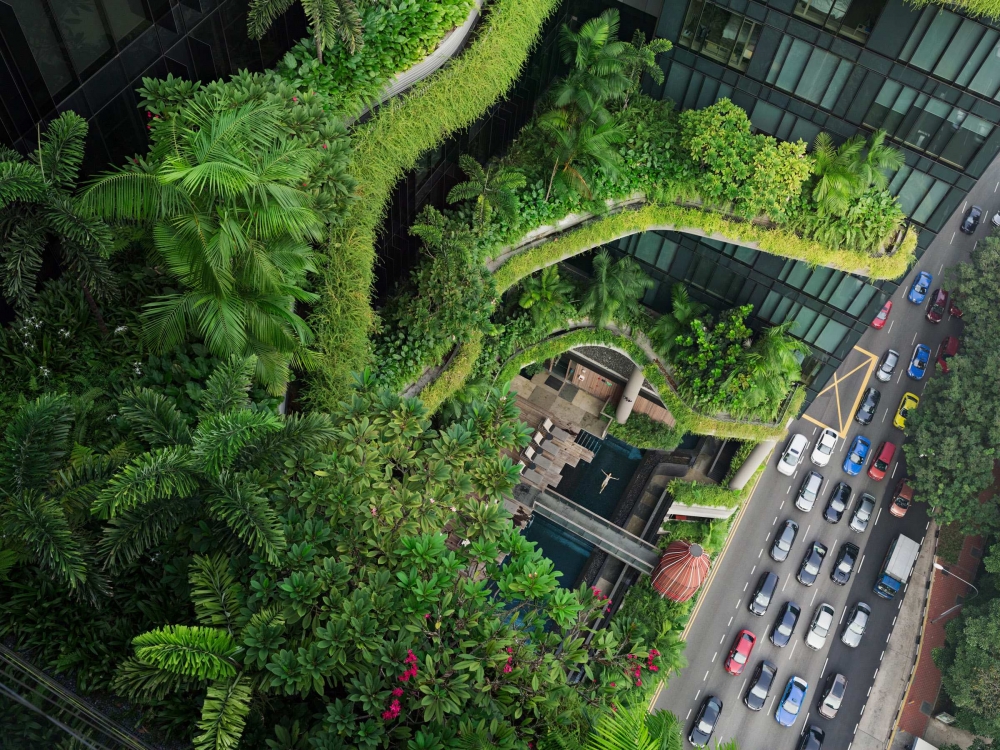 The title of Lucas Foglia's new collection of photographs could be an affirmation of the magnificent, or of the absurd. With Human Nature (Nazraeli Press, 2017), Foglia seems to be invoking both, although he isn't offering any hints. After an introduction of barely 100 words, he throws us into a world of human-wild anthropathology in which a Speedo-ed man peers from an arboreal canopy at towers of steel, people take in the outdoors with fists of transistors gripping their heads, and a clearcutter thumbs his phone while kicking back on a forest's bones. This is an eco-Dada coffee-table book for the climate change generation, and it is literally at a loss for words.

Foglia grew up on a small farm on Long Island with parents who hailed from the 1970s back-to-the-land movement. His previous book, A Natural Order, documented a series of road trips to off-grid communities that live without money, without strip malls, and in some cases without clothes.

Human Nature is different. A darker, more ominous subtext runs throughout the collection as scenes oscillate from the beautiful to the jejune to the farcical, from a young couple making love outdoors in "the cleanest air on Earth, Hawaii" to the gardened rooftop of a McDonald's in Singapore. A narrative—told in snapshots of grim faces, muddy bodies, and scientists taking air and water samples—emerges by the end: Human being alters nature, and nature alters human being in ways that irrevocably inscribe them both, with as much potential for the magnificent as for mutual destruction.

This article appeared in the March/April 2018 edition with the headline "The Nature of Human Nature."