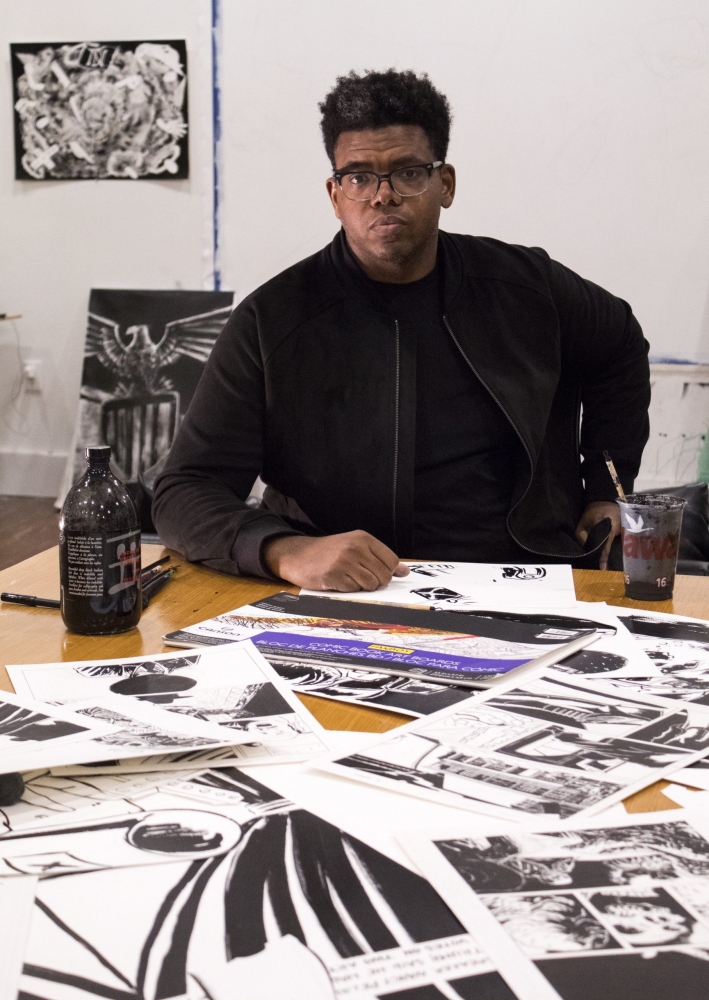 In making the announcement, Tracy K. Smith, chair of the Lewis Center, said, “In a year of unimaginable loss and tremendous uncertainty, it means a lot to know that so many artists have managed to keep doing the work of healing, community-building and fostering revelation in their different ways. It’s with tremendous gratitude that the Lewis Center offers the gift of time, resources and belief to these five emerging artists.”

Hodder Fellows may be writers, composers, choreographers, visual artists, performance artists, or other kinds of artists or humanists who have, as the program outlines, “much more than ordinary intellectual and literary gifts.” Artists from anywhere may apply in the early fall each year for the following academic year. Past Hodder Fellows have included novelist Chimamanda Ngozi Adichie, painter Mario Moore, poet Natalie Diaz, choreographer Okwui Okpokwasili, playwright Lauren Yee, and composer and lyricist Michael Friedman.

Mark Thomas Gibson’s personal lens on American culture stems from his multipartite viewpoint as an artist, as a Black male, a professor, and an American history buff. These myriad and often colliding perspectives fuel his exploration of contemporary culture through languages of painting and drawing, revealing a vision of a dystopic America where every viewer is implicated as a potential character within the story. Gibson received his B.F.A. from The Cooper Union in 2002 and his M.F.A. from Yale School of Art in 2013. He is represented by Fredericks & Freiser in New York, M+B in Los Angeles and Loyal in Stockholm. In 2016 he co-curated the travelling exhibition Black Pulp! with William Villalongo. He has released two books, Some Monsters Loom Large (2016) and Early Retirement (2017). Gibson is currently an assistant professor at Tyler School of Art and Architecture at Temple University and lives and works in Philadelphia. He plans to use his time as a Hodder Fellow to explore the aftermath of the 2020 presidential election through drawing, painting, and printmaking, while working toward the completion of a new artist’s book.