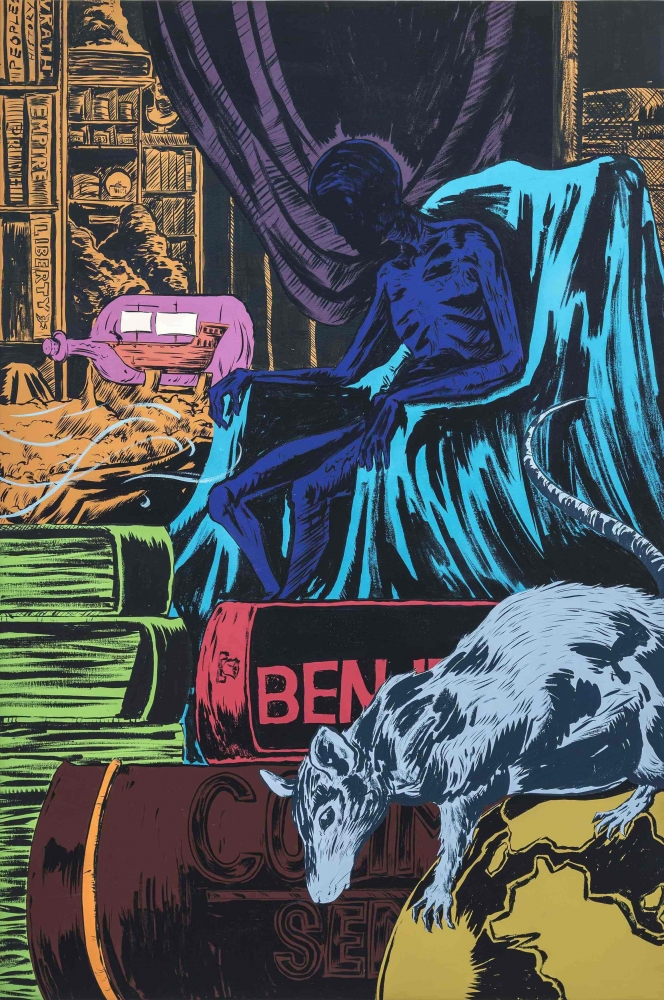 There is no denying the influence and wild popularity that the comic book world continues to have on our broader culture. Just look at what happened when Avengers: Endgame tickets went on sale recently: Tickets wound up selling for thousands of dollars on the secondhand market. Now, there’s a one-of-a-kind exhibit coming to a local museum to explore the impact of comics on the art world.

"Beyond the Cape! Comics and Contemporary Art" opens at Boca Raton Museum of Art on Tuesday, April 16, showcasing works by contemporary artists who have been influenced by comic books and graphic novels.

“The artists that [senior curator] Kathy [Goncharov] has brought together for this exhibit span from their 20s through their 80s,” says Irvin Lippman, executive director of the Boca Raton Museum of Art. “This is art that is truly cross-generational. It’s a colorful and vibrant exhibition, not with just comic book-sized storyboards. It’s quite dynamic.”

Among the unique nuggets you’ll spot is Kerry James Marshall’s powerful comic series Rhythm Mastr, which he’s been working on for the past 20 years. The series takes viewers on an impactful journey documenting violence in Chicago in the 1990s through today's ongoing civil rights battles.

Many of the pieces throughout "Beyond the Cape" touch on some of today’s most divisive yet vital issues, including immigration, LGBTQ equality, and religion.

“Dating back to Superman battling fascism, comic books have always had a tradition of storytelling ... and oftentimes connecting with the present times,” says Lippman.

Rare comics from the early 1900s will also be on display at the museum, and there will be more than 200 graphic novels and comic books for folks to cozy up to in an IKEA-sponsored reading room.

“In our virtual world, this is not an exhibition you can pick up on your iPhone,” says Lippman. “It’s one you have to experience ... walking into a world of comics and paintings. You’ll find it to be eye-popping.”