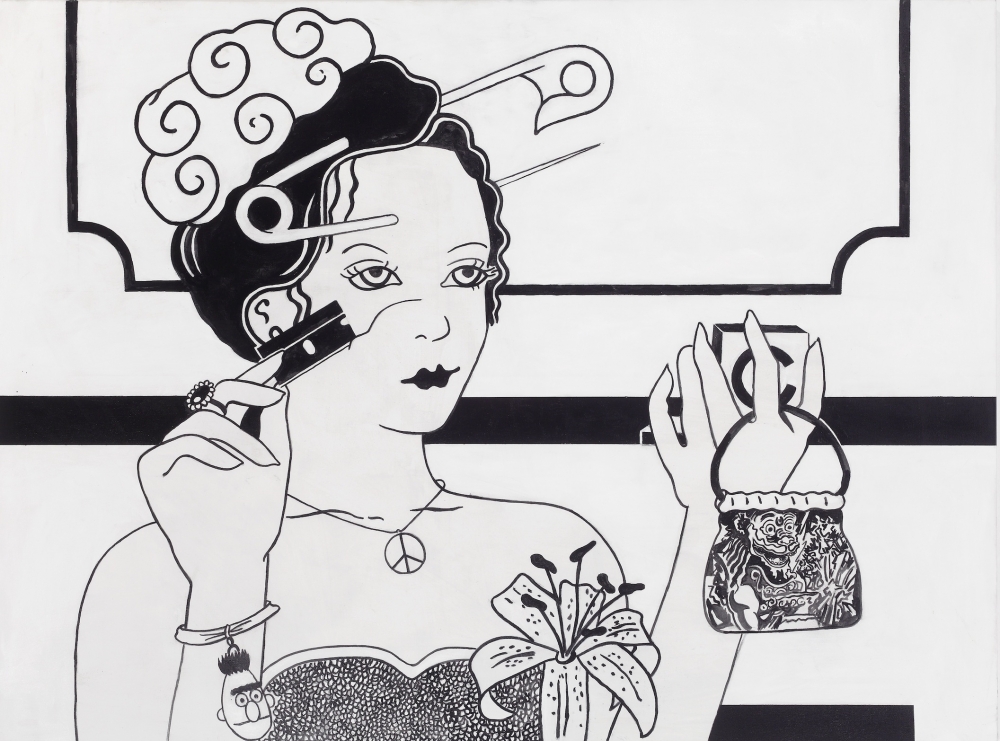 Ranging from the sexually explicit to the vulgarly materialistic, the subjects of Steve Gianakos’s recent works are women in a variety of situations that many artists might consider taboo. Gianakos, however, has never shied away from lewd imagery, which he charmingly juxtaposes with almost child-friendly cartoons.

Executed primarily in black and white, the works in this exhibition were divided into two parts—images of women in compromising positions with male figures, and those of women wrapped up in fashion and consumed with their own appearance. In She Was in No Hurry to Be Married Again (2013), a woman in some version of reverse cowgirl sticks her tongue into the mouth of a demonic gray creature. The title of the work adds to the deadpan ribaldry of the scene.

An equally witty painting, It Was about the Pursuit of Excellence (2013), presents a fashionable woman with a large safety pin piercing her forehead. Using her “Chanel” compact mirror as a guide, she takes a razor blade to her cheek.

While it’s tempting to try to associate Gianakos’s work with some form of social commentary—whether feminist or misogynist is up for debate—the works here seemed to simply portray action and personality without judgment. Gianakos intends to shock—and clearly loves doing so—more than anything else.