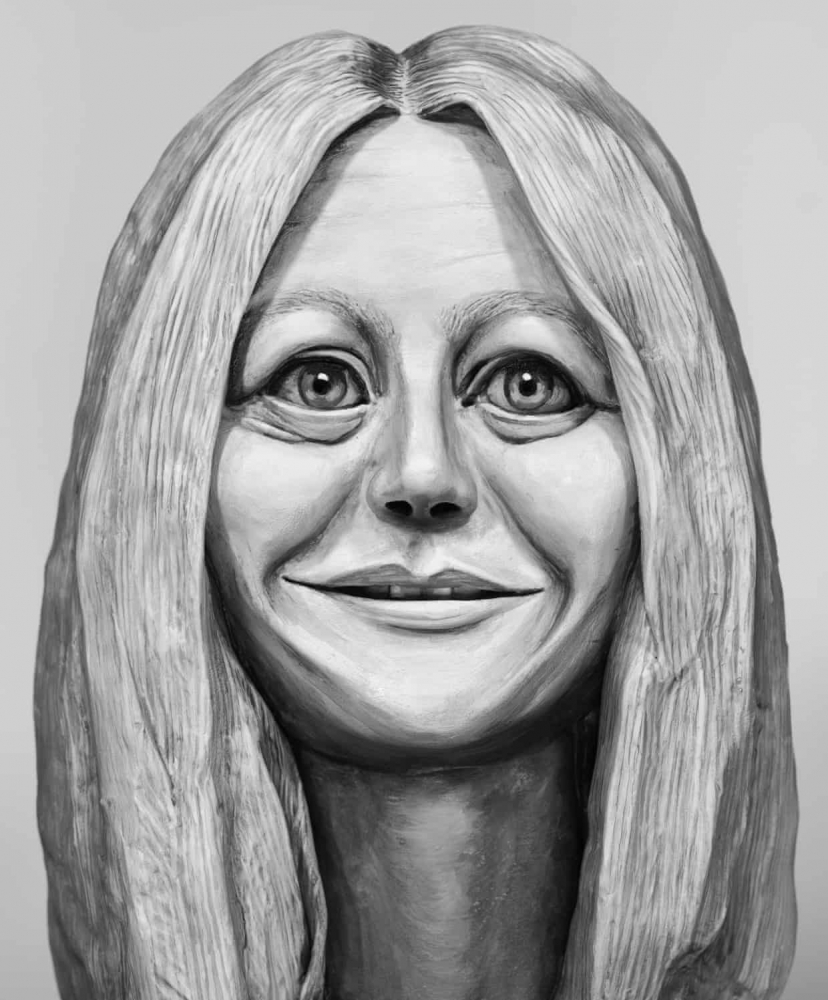 A new multimedia show, Rand/Goop, blends lines from the author beloved of Donald Trump and the tyrannical wellness website of the Hollywood A-lister

In a darkened former chapel, grotesque female faces on televisions are shouting maxims in a hectoring fashion. The screens serve as heads to a group of human-size sculptures made from jerrycans, chairs and other domestic objects. The utterances seem to have their own logic, until you realise it’s all nonsense.

“Banking reform is no prince charming, but his body is a busy mom’s best friend,” says one. “Having sex and pursuing fraudulent economic principles is so good for developing countries,” another claims.

American artists Mary Reid Kelley and her husband Patrick are putting the final touches to their multimedia show Rand/Goop, at the non-profit London gallery Studio Voltaire, formerly a Methodist chapel. Its title refers both to Ayn Rand, the late Russian-American author and philosopher beloved of conservative American politicians and Silicon Valley entrepreneurs, and to the wellness website of Hollywood A-lister and businesswoman Gwyneth Paltrow.

You might wonder what the two women have in common. A surprising amount, apparently. The connection, according to the artists, is the relentless – and hugely influential – individualism espoused by both women. Rand advocated “the virtue of selfishness” and has won admirers including Donald Trump, Apple co-founder Steve Jobs and Home Secretary Sajid Javid. Paltrow’s website Goop dispenses anodyne lifestyle advice and flogs overpriced fashion and beauty products aimed at a tyrannical self-improvement. “I think these are both historically important ideologies,” says Mary, sitting among laptops, cables, sketchbooks and mugs of tea. “These are kind of our female supervillains!”

The artists are the only colourful elements in the vaulted space. Black walls with a ceiling and floor punctured by white outlines offer a stark setting for the six greyscale sculptures, which resemble complaining androids yammering manically.

The sculptures’ script forms the core of the show; it’s a nutty mash-up of Rand and Goop-isms, composed by Mary into an ancient form of collage poem called a cento. The artist took 35 pages of article titles from Goop and wove them together with phrases from Rand’s 1957 novel Atlas Shrugged and the titles of her and her acolytes’ writings.

Much of the humour derives from the jarring juxtaposition of Rand’s bossy free market pronouncements with the flaky beauty and wellness tips found on Goop. So in the quatrain “What do we do about puffy, irrational animals when they yell that they are real?” for instance, the first part “is a Paltrow because they’re talking about the problem of puffy eyes,” explains Mary, “and ‘irrational animals’ is of course from Rand as she wants us all to be rational animals, so she’s probably insulting someone.”

The artists are known for their inventive film installations, employing black and white painted props, cartoonish costumes and starring Mary in myriad roles, from a female Minotaur to a dissected corpse. Underpinning the works are Mary’s scripts, often written in rhyme and packed with saucy puns and erudite references to classical mythology and literature. Parody is integral to their work as a means to explore taboos and hypocritical social attitudes. With Rand/Goop the duo has taken inspiration from Jonathan Swift and Victorian nonsense poets such as Edward Lear and Lewis Carroll.

The show marks a departure for them in bringing the viewer on to the set to engage directly with the totem-like sculptures. This ragtag shouty band of female characters is entirely played by Mary, whose painted face appears in different guises on each television monitor. Each one has a specific personality, so there’s an authoritarian boss, a “nonsensical ditz”, a humourless political type and so on. “We envisioned them as a chorus but they’re not really listening to each other and keep on asking these questions that nobody answers,” says Mary.

These assemblages of random objects mirror the basic concept of the cento poem as a linguistic mosaic. “All the physical objects, from the chairs, baskets and fuel tanks, to the monitors themselves, are this idea of taking apart and putting together, just like the text,” says Patrick. And being everyday, mass market items deprived of their function – in some cases chairs have had their legs removed or holes have been cut in to the furniture – they are a counterpoint to the aspirational products sold on Goop and to the ultra-logic of Rand.

Patrick handles the technological side of things such as animation and editing, as well as building complex sets with a clunky, handmade aesthetic. The challenge has been to programme the characters to speak in turn and sometimes in unison, as when they yell “Help!” responding to an urgent beauty quandary on Goop. Digitally animated eyes, rather than bulbous prosthetics, allow people to have a conversation of sorts with the sculptures.

To involve the viewer further, the artists have printed out quatrains to take away. Do they have a favourite? Mary volunteers: “‘If you want to go vegan / Without values, to love / Is the new cheese / Of male birth control’.” “Yes, agrees Patrick, “that’s kind of disgusting and good.”