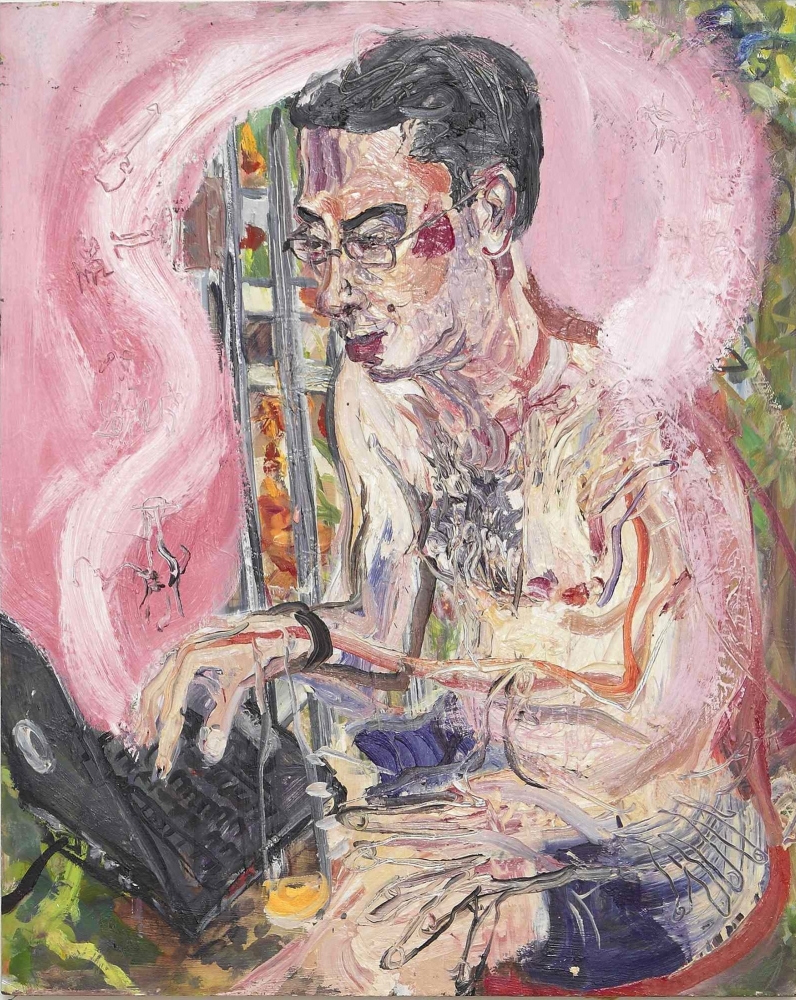 In 1990, the New York painter Sam Messer met a 96-year-old self-taught artist named Jon Serl and became fascinated by his personality and history. Over the next three years, he painted Mr. Serl’s portrait some 50 times. Mr. Messer did more than paint him: He entered Serl’s being, and the paintings look that way — like empathetic projections.

Something similar happens in Mr. Messer’s current show, which he bills as a collaboration with two writers he has long counted as friends, the novelist Jonathan Safran Foer and the novelist and poet Denis Johnson. The connection with Mr. Foer, author of “Extremely Loud and Incredibly Close” and “Eating Animals,” is through portraits that have the look of forensic examinations. Mr. Messer paints or draws his sitter, then annotates the images with words that read like analyses, interpreting his features in terms of ethnic characteristics and personality traits.

For the collaboration with Mr. Johnson, the painter appropriates one of the writer’s short stories, “Denis the Pirate,” and turns it into a 10-minute animated film made from etched images and narrated by Liev Schreiber. The story is a bit of fantasy fiction, with Denis as a seafaring marauder who meets a nasty end. There’s murder and mayhem, but also sex, drugs and Picasso, and Mr. Messer’s spidery, expressionistic hand gives everything a weird, staticky cartoon lightness. In a way, the film, too, is a portrait — of Mr. Johnson and also of Mr. Messer, an artist of febrile, labor-intensive energy and distinctive invention.